Rahu and Ketu are strange and unique concepts in Vedic Astrology. They are not planets in the classical definition of planets. They have no mass. Rahu and Ketu are the two lunar nodes. Rahu is known as the Dragon's Head and Ketu as the Dragon's tail. They are just two astronomical points. Rahu is the point at which Moon crosses the ecliptic to the north. Ketu, the south or descending node, is where it crosses it to the south. Eclipses of Sun and Moon can occur in proximity to either of the nodes. The nodes were regarded mythically as the demon, which swallows the luminary and causes the eclipse. As such, they have the power to overcome the Sun and Moon, and in that sense they can be stronger than any of the planets. The subtle relationship between the Sun, the Moon and the Earth plays a large part in the unfolding of each individual's consciousness. The conjunction of any planet with either of the lunar nodes is regarded as the kind of eclipse of that planet wherein its energy is in some way obstructed, negated or liberated. Thus Vedic Astrology regards these shadowy 'planets' or the two nodes as among the most important factors in chart interpretation. They possess the power not only to negate planetary influences, but because eclipses are points of energy transformation, they have additional special properties to transfer or to augment planetary influences for good or bad. It was necessary to introduce the concept of Rahu and Ketu in detail, as they are usually alien to the western audience.

Rahu the north node is equated with Saturn the great malefic by Vedic Astrologers, while Western Astrologers equate it with Jupiter the great natural benefic. But Vedic Astrology does recognize that lunar nodes can function in a positive, Jupiterian manner when associated with a strong planet or when in a strong position. A strong Rahu gives the individual worldly powers and success. But Rahu always gives the individual a filling of dissatisfaction, as his worldly desires can never be fulfilled, however successful the individual may be. In its positive aspect it shows the opening up of a new and positive Karmic sphere. Well placed, it makes the individual strong but not necessarily sensitive to others. It will provide all the outer success but it can get us trapped in the realm of the senses and in the abnormal or unnatural use of the body. In the spiritual realm, Rahu can give psychic powers, but also there may be danger from drugs and black magic. On the positive side, the influence of Rahu can put us in harmony with collective trends and give popularity, prestige, fame and power. It imparts an almost psychic sensitivity to mass trends, mass media and a capacity to use them. But Rahu is the greatest consumer, it will drive us into frenzy to consume and consume and consume - the mythological representation for Rahu is that after consuming everything, it starts consuming its own blood. In its extreme affliction Rahu becomes the main planetary factor behind insanity, neurosis, neurological disorders, possession by negative entities, and other such abnormal sensitivities of the mind and nervous system particularly when it influences the Moon in the chart especially by conjunction.

The South node or Ketu is regarded as a point of difficult Karma from a past life in which the individual furthered his own selfish interest at the expense of others. The South node, on the positive side, can develop strong concentration and mastery of obscure or arcane subjects. Ketu, though regarded as less malefic than Saturn, is something like Mars in its malefic aspects.

fulness and a critical and often narrow vision in life, which may lead to conflict and argument. On the positive side, Ketu means a flag. It has the power to boost up the effects of strong planets with which it is conjoined. Ketu gives sudden and unexpected results for good or bad.

wisdom and psychic sensitivity in a more genuine way

but can give us a too limiting, critical view of things. 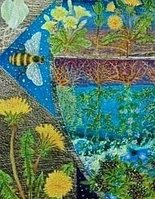