Queen Beatrix made the announcement of her abdication on January 28th 2013.kroon Three days befóre the estimated 31st January 2013. That this day was important, is shown by the analysis you can read here. The following is a supplement to the findings in that Chart, but first a general comment: keep in mind that, for the coronation (the ceremony and festivities surrounding it), you study the 1st, 5th and the 10th House.

Additional comments on the Age Harmonic of January 31st: Saturnus conjunct Uranus on the 10th AH House is an absolute statement something is going to change on the social field but..... 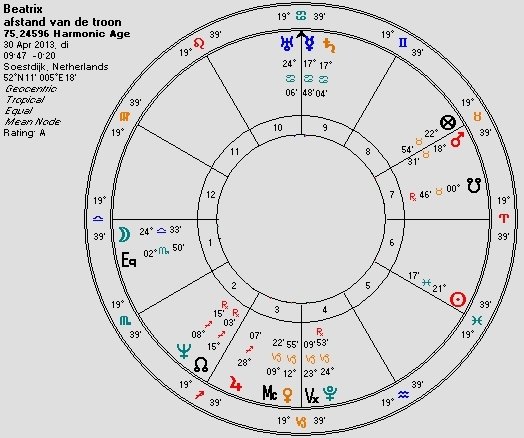 We saw in the horoscope of Queen Juliana at the moment of her abdication, the Sun, Ruler of the 12th House, at the lowest point of the Age Harmonic. In Queen Beatrix' Venus, Ruler of the 1st AH House is also positioned low in the Chart together with the floating Mc. Besides that is Mercury, Ruler of the 12th, on the 10th House cusp

Both Age Harmonics thus show clear differences. Where there is in the Chart of Januari 31st is a clear link to the 3rd House, it doesn't play a significant role in the chart of April 30st. Instead you see the 1st,10th and 5th House related to 'ending' and 'farewell.

All this shows the delicacy of this instrument again

Let's see how this is reflected in the horoscopes of Prince William Alexander.

You can the findings about the most dominant features in his Chart on January 31, here. In this Chart you see a very prominent Mars ( Ruler of the natal 1st) conjunct the 10th House cusp of the AH Chart...in Virgo!

Uranus Ruler of the 3rd is conjunct the Ascendant! 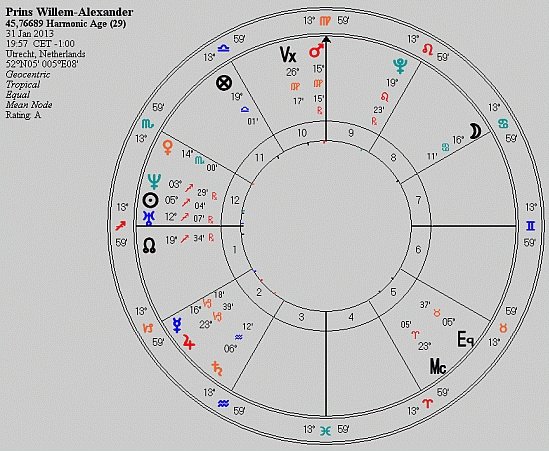 In the Chart above you see:

in a seperate window 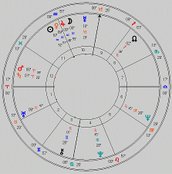 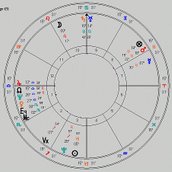 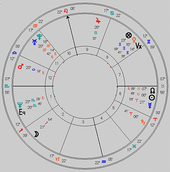 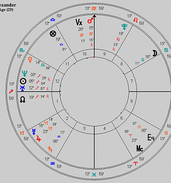